​To create a space of GRACE for businesswomen that IGNITES FREEDOM and INSPIRATION. To move women from a life of fragmentation into a life where she become the whole integrate woman God created her to be. Where she is encouraged, empowered, and elevated.

What it means to Live Life Woven In:

As Christ-following businesswomen it seemed few understood our lives and our needs. So we started this global sisterhood with local gatherings, national conferences, and an online community to help women live a life worthy of their unique calling in the marketplace.

In the sisterhood and community of The Tapestry Network God has given us a space where we can learen what His idea of success is for the whole woman.

We knew we could not achieve this on our own. It would take authentic relationship building, business education, and spiritual support from like-hearted women to bring our desires to life.

And The Tapestry Network was born!


What is the Tapestry Network?

With her heart for service, Stephanie has always been a champion for change. Her whole life has been about supporting and building-up people, teams, and communities. And like many women she has wrestled with her identity...not good enough, not smart enough and the list goes on.

YET... as she continues to walk-out her life journey, she has found healing and truth is in living a transparent life. She uses her God given voice (she was paid not to speak as a child) as a weapon against the enemy of man. Her life charge is to right the injustices of shame, lies and fears. To take back what belongs to the Kingdom of God and His daughters with a special heart for women in the marketplace.

In 2008, Stephanie began to realize everywhere she showed up she wasn't who people that she was. Not only was she feeling lost, she felt like she didn't belong anywhere and was living a fragmented life. At church, she could not show up as a businesswoman, and in the marketplace, she could not show-up with her Faith front and center. After many conversations and a lot of research, she discovered many other women in the marketplace, both professionals and entrepreneurs, that are Christ-followers also felt fragmented. Nowhere truly allowed them to show up in our fullness.

She continued to find herself in the same space, and finally said enough is enough! After spending a lot of time trying to find a place where she would be accepted for who she was, a businesswoman AND a Christ-foller, she couldn't find anything to be woven into. After much prayer, God gave her a vision and from that she was able to design what she was looking for herself and others like her. In 2011, Stephanie launched The Tapestry Network, a business membership community, to bring women together in a space of grace where they can grow their businesses, incomes, impact, and Faith. No drama. No judgement. To be uniquely who God has called them to be without apology! 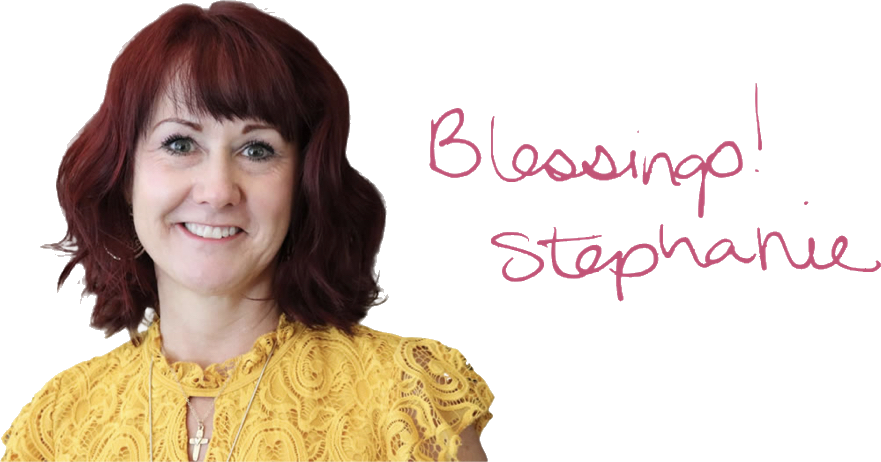 About | Giving Back
Become a Speaker

About
Giving Back
Become a Speaker